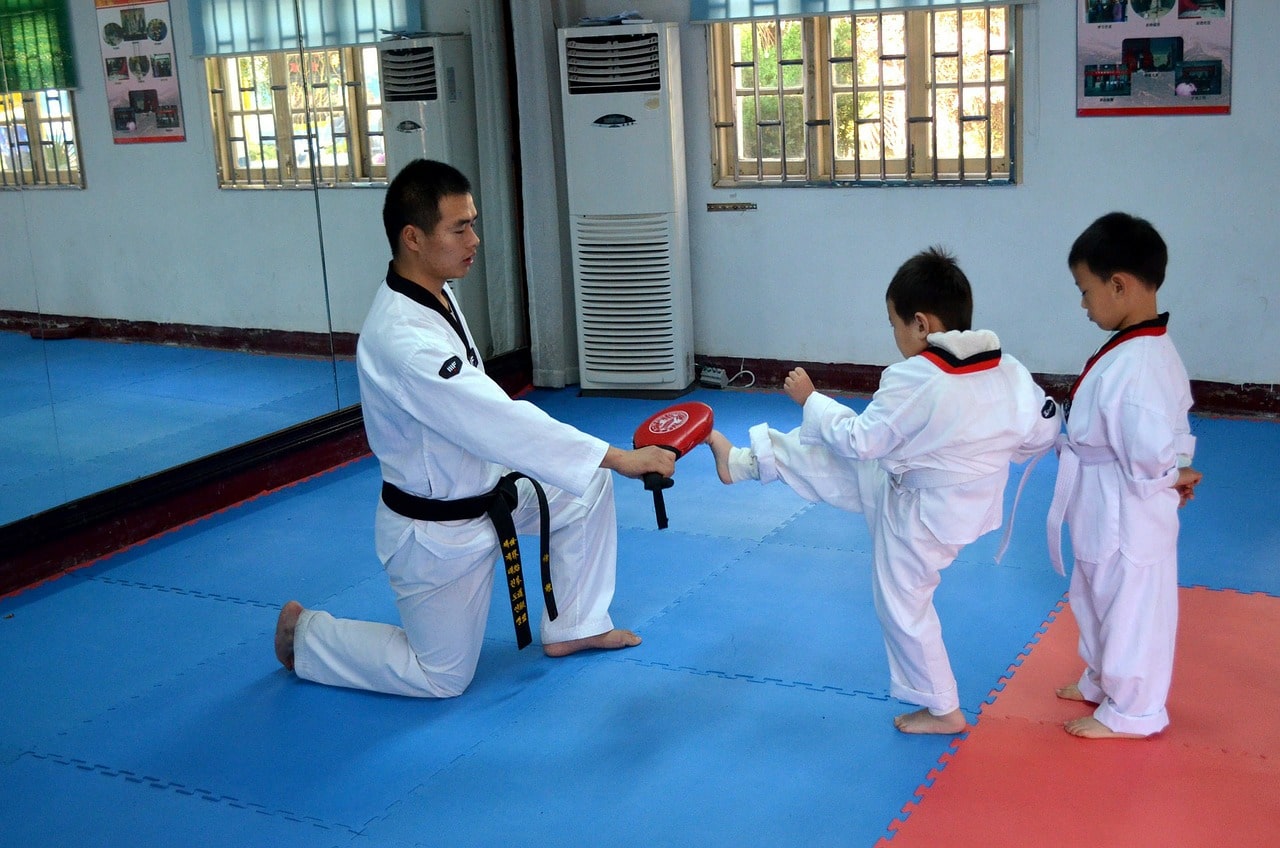 Taekwondo (/ˌtaɪkwɒnˈdoʊ/, UK also /ˌtaɪˈkwɒndoʊ/; from Korean 태권도, 跆拳道 [tʰɛ.k͈wʌn.do] (About this sound listen)) is a Korean martial art, characterised by its emphasis on head-height kicks, jumping and spinning kicks, and fast kicking techniques. Taekwondo was developed during the 1940s and 1950s by Korean martial artists with experience in martial arts such as karate, Chinese martial arts, and indigenous Korean martial arts traditions such as Taekkyeon, Subak, and Gwonbeop. The oldest governing body for taekwondo is the Korea Taekwondo Association (KTA), formed in 1959 through a collaborative effort by representatives from the nine original kwans, or martial arts schools, in Korea. The main international organisational bodies for taekwondo today are the International Taekwon-Do Federation (ITF), founded by Choi Hong Hi in 1966, and the partnership of the Kukkiwon and World Taekwondo (WT, formerly WTF), founded in 1972 and 1973 respectively by the Korea Taekwondo Association. Gyeorugi ([kjʌɾuɡi]), a type of full-contact sparring, has been an Olympic event since 2000. The governing body for taekwondo in the Olympics and Paralympics is World Taekwondo. Php 3,500 (Member) Php 4,000 (Non-Member)

ABOUT US
Valle Verde Country Club, Inc. (VVCCI) is an exclusive club along Capt. Henry Javier Street, Brgy. Oranbo, Pasig City. Sprawled on 23,517m² land area, it is a stone’s throw away from the Philippine Sports Arena (ULTRA). The Club is also near the Capitol Commons complex being developed by Ortigas & Company and the Ortigas Business District. VVCCI is a non-profit and non-stock corporation which was incorporated on May 30, 1975.
Contact us: newsboard@valleverdecountryclub.com
FOLLOW US
© 1975-2020 Valle Verde Country Club Inc.