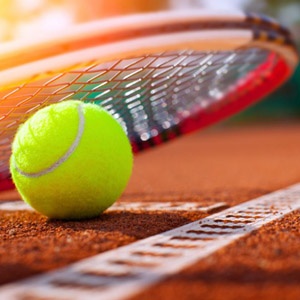 Tennis is a racket sport that can be played individually against a single opponent (singles) or between two teams of two players each (doubles). Each player uses a tennis racket that is strung with cord to strike a hollow rubber ball covered with felt over or around a net and into the opponent’s court. The object of the game is to maneuver the ball in such a way that the opponent is not able to play a valid return. The player who is unable to return the ball will not gain a point, while the opposite player will.

ABOUT US
Valle Verde Country Club, Inc. (VVCCI) is an exclusive club along Capt. Henry Javier Street, Brgy. Oranbo, Pasig City. Sprawled on 23,517m² land area, it is a stone’s throw away from the Philippine Sports Arena (ULTRA). The Club is also near the Capitol Commons complex being developed by Ortigas & Company and the Ortigas Business District. VVCCI is a non-profit and non-stock corporation which was incorporated on May 30, 1975.
Contact us: newsboard@valleverdecountryclub.com
FOLLOW US
© 1975-2020 VVCC Inc.